September 4, 2018 AM, The Exit and Entry Administration Office of the Pudong Public Security Bureau issued the first working residence permit for foreigners in Shanghai Pilot Free Trade Zone for ZHANG ZHENG from the United States (Note "Part-time" ). After getting the license, Mr. Zhang can be employed as a professor in Shanghai New York University and a foreign talent in the computer field in the "double creation" demonstration base to start his own business on a part-time basis. 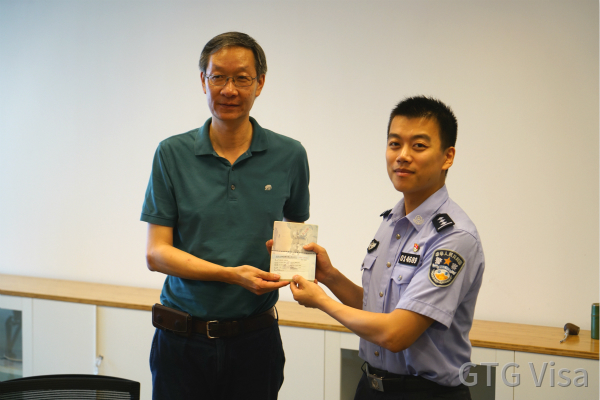 As a tenured professor at New York University in Shanghai, Mr. Zhang is a computer science expert whose major in computer is needed for project development by Amazon InformationBeijing), Shanghai Branch, However, before the implementation of the new policy, as China has "no part-time jobs" in the employment of foreigners, a high-end person like Mr. Zhang could not engage in both university professorship and project development.

With the help of publicity and help from Pudong, New York University in Shanghai learned about the policy of the Juying Project, And prepare relevant materials to the Pudong Exit and Entry Administration Office successfully submitted the application for a work residence permit (note "part-time" ). And Mr. Zhang has also become the first expatriate since the Pudong Entry and Exit Project implemented the British Union's immigration policy.